Magic is the tool, not the theme, in Magicians 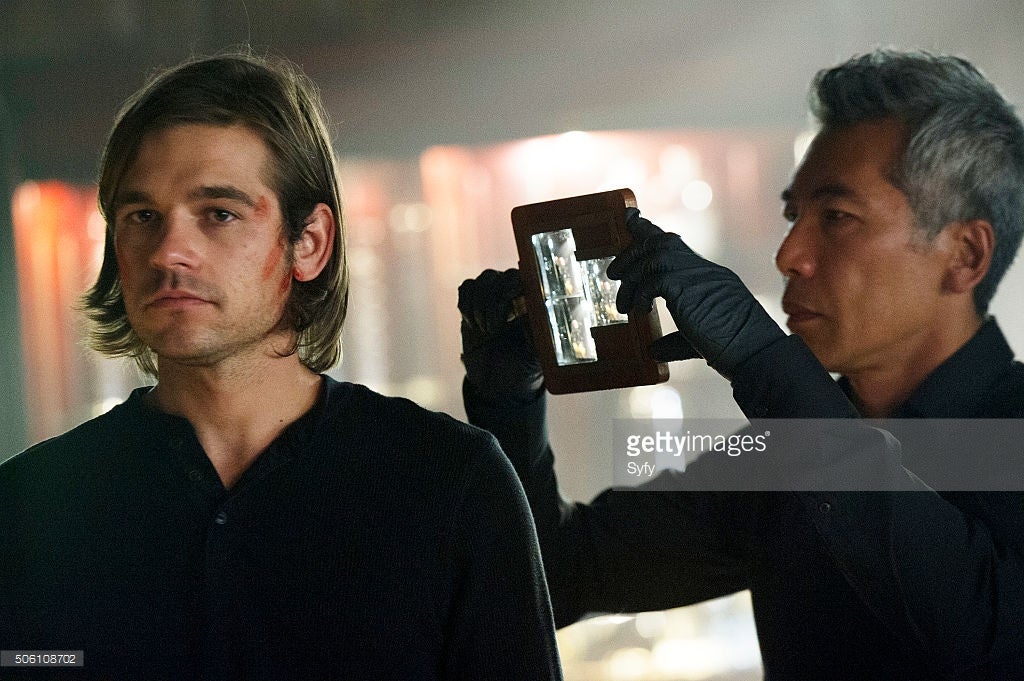 I’m getting into the Magicians quite a bit, but for while it was hard to pin down why.
First off, maybe I’m reading into it too much, but let’s see. While the literanazies usually comment that much of genre fiction is “adolescent” especially for it's love of the Chosen One trope, the Magicians is more of the collegiate version.
I'll skip over the two obvious spins of that angle, the post-Harry Potter commentary and the addiction allegory, though the undertone I was having trouble articulating about seemed akin to both.
It seemed more like the addition to being a "Chosen One" ... among thousands of other “Chosen Ones” and the sacrifices you make only validate your alleged uniqueness.
Harvard? Yale? Being in the 10% of special people in country? Bah. That pales in comparison to magic school. Suck on that valedictorians!
And yet the show is already hinting that every one of these special snow flakes are all headed towards a crash of realism out in the adult magic world. Just as every wizard graduate from Brakebills will learn that  high scores only puts more expectations to deliver in a world they are outclassed for, so goes it for mundane lawyers, doctors and academia.
You see that some are already finding justifications to avoid dealing with that realization. I.E. at least they are not hedge witches, or worse yet not one of the little people who have no magic. And the hope that if they are willing to keep pushing and sacrificing, they can prove they at least belong if not stand out among peers who are already standing above everyone else. And how those older and more cunning than them are manipulating their insecurity and ambition.
So I knew it's definitely a hubris of some sort,  sometimes, but then some characters use the magic as facade to remake themselves into what they want to be. "I am own greatest creation." Just as others had used magic as something to bury themselves into to hide from their personal pains
Then I realized where I had gone wrong.
I had assumed the writing room had only picked one theme or one trope. A lot of shows and stories do that. In the past, that was a pretty solid way to go, but I think audiences are more savvy to that now. A show has to keep moving forward now a days.
Example? Twenty years ago, the old "Hero is stuck in a fake insanity ward" episode would have been in season four of a genre film.
The Magicians did it as their fourth episode, season one.
And I think that this show has taken that a step further with magic. Instead of sticking to one metaphor and running it into the ground, on fumes, with a shovel, they've embraced that magic can be many things to many people. It can be a way to power, a place to hide and even a salvation of sorts.
It could also be a one-way ticket to a personal hell.
So I tip my hat off to the crew of show. Keep making magic.
Posted by Christopher Robin Negelein at 4:25 PM

Email ThisBlogThis!Share to TwitterShare to FacebookShare to Pinterest
Labels: commentary, How hard can writing be?, metaphors, The Magicians, Tropes, Writing Advice