As you know, one of our Patreon projects is a “stealth” Western that inspires GMs while players get to painlessly play their favorite fantasy archetypes in a strange new territory (though the experience maybe be bit more painful for said PCs.)

To show it’s not such a crazy goal, I’ve found three settings out in the wild that support D&D almost as is. Perhaps the rules need a minor adjustment or the same for the world in question, but definitely less than TSR did to support games like Dark Sun or Spelljammer, or even WotC did for Eberron. You be the judge.

Thanks to my wonderful Patreon supporters I’ve assembled the “traits” that D&D’s mechanics can potentially impose on a setting (in order of potential importance):

Keeping these in mind, I hope these three world can be poured into D&D fairly quickly and painlessly.

The first has been a long favorite of mine and any one shot I do with this concept bring out an instant encore request of, “Oh, God, tell me this is our new campaign!” and all it takes is simple reskinning of D&D terms.

The world is an homage to John Carter of Mars, where suddenly magic carpets are single-pilot skimmers; the two versions of magic are psionics and mysticism while wands become ray guns. In fact, all magic items become rebranded surviving relics of lost technology as D&D ruins become … ruins? Heck, it’s one small step from making a small band of green-skinned orcs into green-skinned, four-armed Martian bandits to putting new life into old adventures. For proof of concept, it’s already been done. You can feel that Old School Goodness

The next example is almost as painless. In the Black Crow, White Snow fantasy audiobook novella from Michael Livingston, different castes from the Fair Isles have different jobs from the scholarly Readers to the sailors for life Seaborn. The Weavers are the rare women who can survive inhaling the toxic spores of dust. Then they weave patterns of power with their fingers as they exhale the stuff, eyes lighting up with power and all that jazz. Pretty much sounds like a thematic spin on the regular V, S, and M of D&D magic.

For tweaking D&D 5e, Seaborn classes and backgrounds would need cultural prerequisites while the setting might need a slight spin to keep arcane and divine magic separate (though many GMs might solve that with a customized Seaborn spell list. Either way, Black Crow, White Snow is both a good read and good lesson in how a few minor tweaks can give your fantasy world a whole fresh feel. 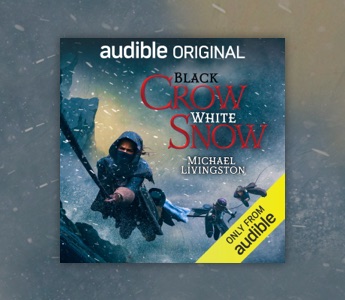 Helm to the end!

I pour out one in honor of our last entry since the series got canceled after only its third season. Into the Badlands was bad ass in my opinion. That it has crazy cheesy plot and crazy kung fu was the icing on the cake. For the uninitiated, Badlands was set in a green post-apocalypse where he technology for guns have been outlawed or somehow suppressed. Warlords need warriors, crossbows, wire-fu martial artist, and the sweetest uniforms to rule with an iron grip.

Often the best of these martial artists are the second in command, the Regent, and the self-proclaimed warlord, the Baron. This trope ties right into old school D&D where every king and tavern owner had to secretly be high-level retired adventures just in case the GM’s local murder hobos decided to make regicide a new hobby. (Which seems to happen frequently in the Badlands.)

The Barons are economically powerful enough to fuel trucks, for cargo provided motorcycles to military couriers and Regents. The hollowed out shelled of buses and cars are more often use for shelter -- and to remind viewers that we’re watching the post-apocalypse.

The setting and mechanics might both a little tweaking to slot in to a D&D-ifed Into the Badlands, however, the series overall has established that for all their bad-assery the barons and their regents keep discovering new things that wire-fu martial arts can do. Mostly in the form of new villains to fight.

Internal combustion seems to run more on salvage than making new vehicles in the Badlands and used more for cargo and communications. A GM can simply ignore them for the cart and horse or keep in mind that ultimately martial artist can punch through anything so vehicle stats don’t have to be that high.

But does it come in red? Blood red.

So as you can see, D&D 5e is a flexible system where a GM can make a few tweaks to create a fully new world of fun for themselves and their players. And Shattered Reaches is going to be sooo much fun.

Getting a kick out of my D&D-ophizing? Like my take on the Cypher System? (Done by several TSR/WotC alums who just did a 5e $520k kickstarter) Then help me write more 5e and Cypher content by joining my Patreon or put a tip in my Ko-Fi cup.  What’s my gaming cred? Glad you asked. I am writing for the ENnie nominated 5e sci-fi Esper Genesis and several Electrum/5-star Cypher PDF on DTRPG including the newly revised Moral Fantasy which brings D&D classes to Cypher.

*Cypher has some these same influences on judging if a setting can be done as is but spell slots is where one would consider how cyphers would fit in. Though you could just choose to not deal with cyphers (or use subtle cyphers.

I'm open to bribes for more Cypher stuff! You can do a one-timer at  https://ko-fi.com/ganzagaming , or regularly via this Patreon. Regardless, I'm still working on Solar Sails, a fantastical world of SPELLs that's JAMMERed with all sorts of the fantastical.

Check out my 5e stuff!  https://www.dmsguild.com/browse.php?keywords=negelein&x=0&y=0&author=&artist=&pfrom=&pto=

I’ve been writing 5-star, award nominated, and Electrum selling gaming stuff for both Cypher and 5e SciFi. You'll see how it's all done behind the scenes and get free stuff after clicking that pledge button.